If I had a penny for every time I heard someone say that their dog was being dominant, I'd be rich! It's a common issue that is brought up frequently and has many different interpretations. Some people believe that if their dog humps other dogs, the offending dog is trying to exert their dominance over the other dog; Others label their dog as dominant for many different reasons, including jumping up, barking and lunging at people/dogs as well as growling when a dog or person comes near their food.

So, what exactly is dominance?

Dominance in Animal Behavior is referred to as a relationship between individuals that is established through force in order to establish precedence among resources.

Where did Dogs and dominance originate from?

While a certain television personality, who's name rhymes with Geezer Pilan, likes to perpetuate the myth of dogs and dominance, Science says something completely different. In the 1930's and 40's, Animal Behaviorist Rudolph Schenkel conducted studies on wolf behavior, which he concluded that wolves in packs fight to exude their dominance, and the grand champion is the "alpha dog". The problem was, is that this is not normal wolf behavior-The studies that were done took different species of wolves, and forced them together in captivity.

In the 1960's, David Mech wrote a book called "The Wolf": Ecology and Behavior of an Endangered Species", in which he stated that since wolves fight to establish hierarchy, dogs must do the same. After conducting much more research, Mech has now stated that his research was wrong, and he has unsuccessfully pleaded with the books publishers to get them to stop publishing it after more research was done.

Lets talk about some common dog behaviors that are perceived as Dogs showing their dominance:

This is by far the most common interpretation of Dominance I've heard of. I get asked by clients all the time "If my dog is humping other dogs at the dog park, that means they are showing their dominance, right"? My clients are usually surpised to hear that thats not the case. So, why DO dogs hump other dogs if its not because of dominance? Some reasons include:

* Because....it feels good! Awkwardddddd. But yes, this can definitely be a reason.

* Soliciting Play. Some dogs do this to say "hey! pay attention to me and play with me!"

* Displacement Behavior. The dog is feeling a combination of emotions and doesn't know how to process them, so does this instead.

Dogs jumping on you or others:

Dogs jump not out of dominance, but because they were previously reinforced in some way for it. If your dog is given attention when they jump, they are being reinforced for it and will most likely continue to do so unless taught otherwise. Teach an incompatible behavior to help with this. For ex- teaching and proofing a solid "sit". Your dog can't be jumping if they are sitting.

Dogs pulling on a leash:

If your dog pulls on a leash, its not out of dominance, but that they haven't been fully taught not to pull. Remember, dogs aren't born knowing how to walk on a leash- we have to teach them how we want them to walk (by our side).

Dogs acting aggressively to other dogs or people on leash or off:

Most aggression is fear based, which is pretty much incompatible with dominance. Dogs who bark/lunge/growl at other people or dogs can be experiencing different emotions such as fear, anxiety, overstimulation/over arousal, etc.

Dogs can resource guard items such as food., bones, toys, etc. from other dogs and people. This is actually a common and normal response for dogs- but to humans, it signifies aggression and/or dominance. We all protect our belongings- we lock our car doors so that no one tries to steal our car or belongings; Some people carry guns to not only protect their safety, but also their valuables. If someone tries to take my taco bell- it's ON! So Resource Guarding is normal to an extent, it's just not a desirable trait to humans.

***These are by no means an all-inclusive list of behaviors that people interpret as Dominance.

Instead of labeling your dog as dominant for behaviors you don't like, teach them what to do instead. If you need help doing this, find a Force Free trainer in your area at www.petprofessionalguild.com

Get your dogs holiday ready with training! 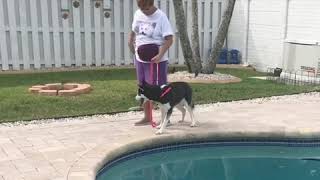 Teaching husky to walk without pulling 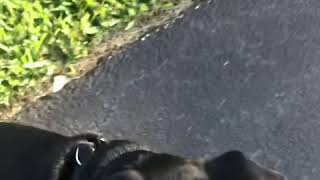 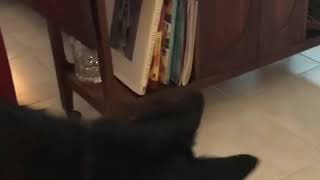